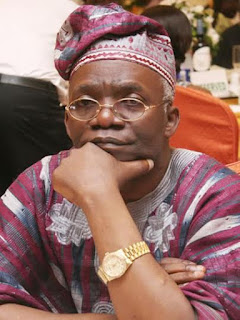 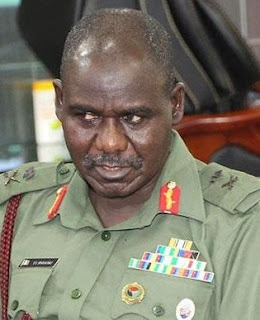 Human rights lawyer, Femi Falana has called on President Buhari to prosecute the Chief of Army staff Lt. Gen Tukur Buratai and the soldiers that partook in the shooting of Shiite members
during a clash with the Islamic group in Zaria, Kaduna state on Saturday December 12th.

In a statement released yesterday December 23rd, Falana said the Nigerian military has refused the injured Shiite members access to their personal physicians and family members…

Assuming that the Shi’ite members actually blocked the road, why was thenuisance not reported to the police? Are the authorities of the Nigerian Army above the law of the land? The
army authorities have refused to release the bodies of those who were massacred to their families for burial while the personal physicians ofthe injured ones and their family members have been denied access to them.

The suspects were refused bail by the Magistrate who ordered that they be remanded in prison custody. Although Sheik El-Zakzaky is reported to have been transferred from a military
custody to a police station, he has been denied access to his personal physicians and lawyers”.

Falana stressed that  “In Chief Gani Fawehinmi v. General Sani Abacha (1996) 5 NWLR (PT 447) 198 at 202, the Court of Appeal ordered the Attorney-General of Federation,
Inspector-General of Police and the operatives of the State Security Services to allow the wife and personal physicians of the appellant, a political detainee, to have access to him in prison custody ‘at all reasonable times.’
In  requesting the Inspector-General of Police to allow access to the detainees his attention ought to be drawn to Section 14(2) of the Administration of Criminal Justice Act which provides as follows: A person who has the custody of an arrested suspect shall give the suspect reasonable facilities for obtaining legal advice, access to communication for taking steps to furnish bail, and otherwise making arrangements for his defence or release.’”
He called on the Inspector General of Police Solomon Arase to allow the Shiite leader, his wife and members of his group, access to their families, personal physicians, and legal practitioners as empowered by the Law.
“Having undertaken to end impunity in the country, President Buhari should ensure that the Chief of Army Staff and all the soldiers who took part in the violent attack and arson in Zaria are brought to book without any further delay.”