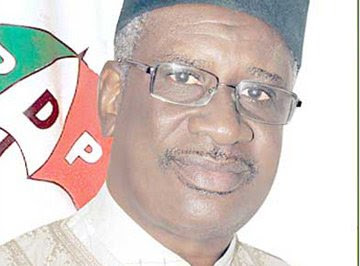 Former  National Chairman of the Peoples Democratic Party (PDP) and
former Minister of defense, Dr. Haliru Mohammed Bello, and his son,Abbah
Mohammed,  have both been formally charged by the  Economic and
Financial Crimes Commission (EFCC) for collecting N600 million from the
former National Security Adviser, Col. Sambo Dasuki.
According to reports, father and son are likely to be docked on Tuesday and Wednesday next week.

Mohammed Bello’s son,  Abbah Mohammed, allegedly received N600m from
the Office of the NSA (ONSA) in the name of Bam Properties, however, the
reason for the transfer of the money to the company was not disclosed.