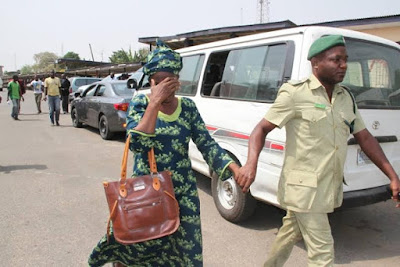 Justice Lateef Lawal-Akapo of the Lagos High Court has sentenced a Court Registrar, Oluronke Rosolu, to 10 years imprisonment for helping and abetting Fred Ajudua to cheat FORMER Chief of Army Staff, Lt. Gen. Ishaya Bamaiyi (retd) of $330,000 while he was in Kirikiri Prisons

As indicated by a report by PM News, Rosolu is blamed for going to Kirikiri jails on three events in 2004 and gathered $300,000 from Bamaiyi under the misrepresentation that the cash would be utilized to secure legitimate administrations from Afe Babalola chambers for him.

Amid her trial, the charged denied every one of the affirmations against her and demanded that she never went to the detainment facilities as claimed by the EFCC or gathered any cash. She additionally denied continually meeting Ajudua or General Bamaiyi.

While conveying judgment today, Justice Lawal-Akapo said EFCC could demonstrate the instance of intrigue and getting of cash by false affectation against her. He decided that in spite of denying any contact or meeting with Ajudua in Kirikiri jails, proof displayed by the EFCC demonstrated that Rosolu and Ajudua were co-plotters.

On the charge that she never gathered any cash from Bamaiyi while in jail, the judge held that not having the capacity to demonstrate where she was on the dates she was implied to have gone to the detainment facilities and gathered the cash, he had no alternative yet to trust the proof of the EFCC witnesses.

Equity Lawal-Akapo in this manner held that the EFCC has demonstrated its case past all sensible uncertainty.

According to a report by PM News, Rosolu is accused of visiting Kirikiri
prisons on three occasions in 2004 and collected $300,000 from Bamaiyi
under the pretense that the money would be used to secure legal services
from Afe Babalola chambers for him.

During her trial, the accused denied all the allegations against her and
insisted that she never visited the prisons as alleged by the EFCC or
collected any money. She also denied ever meeting Ajudua or General
Bamaiyi.

While delivering judgment today, Justice Lawal-Akapo said EFCC was able
to prove the case of conspiracy and obtaining of money by false pretence
against her. He ruled that despite denying any contact or meeting with
Ajudua in Kirikiri prisons, evidence presented by the EFCC showed that
Rosolu and Ajudua were co-conspirators.

On the allegation that she never collected any money from Bamaiyi while
in prison, the judge held that not being able to show where she was on
the dates she was purported to have visited the prisons and collected
the money, he had no option but to believe the evidence of the EFCC
witnesses.

Justice Lawal-Akapo subsequently held that the EFCC has proved its case beyond all reasonable doubt. 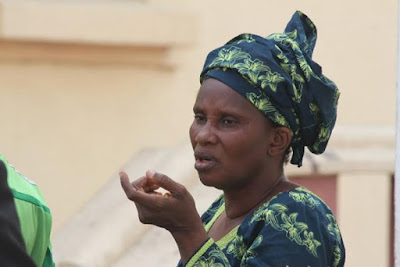 In her defensive, Rosolu said she never had any personal interaction with Ajuua and Bamaiyi

“I did not receive $330,000 from Lt. Gen. Ishaya Bamaiyi neither did I
go to the Kirikiri Maximum Prisons to see him on Dec. 20, 2004. I knew
Bamaiyi and Ajudua only as defendants in separate criminal cases before
Justice Oyewole. I never had any personal interactions with either of
them until I was summoned by the EFCC in Abuja in 2013”.