Benin Bronzes artifacts: Nigeria Dialogue for loans rather than a permanent return

Several artifacts were plundered from Nigeria by the British during the colonial rule, and the government has said they want them back.

The Benin Bronzes are a collection of intricately-worked sculptures and plaques in bronze, ivory, ceramic and wood that decorated the royal palace of the Kingdom of Benin, which was subsequently incorporated into British-ruled Nigeria.

Edo State Governor, Godwin Obaseki, said the state is open to bringing the artifacts back home. He said:

Whatever terms we can agree to have them back so that we can relate to our experience, relate to these works that are at the essence of who we are, we would be open to such conversations.

The decision to establish a world-class museum will encourage curators across Europe to be confident to support the safe return.

It has been reported that a royal museum will be built in Benin, Edo State, and while it isn’t certain if the loan will be made, the construction is seen as the first step.

Benin was one of the most powerful kingdoms in West Africa, flourishing in the Middle Ages before it was weakened by succession struggles and civil wars.

Nigeria’s National Commission for Museums and Monuments said its officials had held talks with representatives of European museums and it was “not adverse” to the loan of artefacts.

As part of any deal, a legal framework would have to be drawn up to guarantee the artefacts immunity from seizure once flown to Nigeria.

Other countries, including Ethiopia and Greece, have rejected the idea of loans, instead demanding permanent returns on the basis that they should not have to borrow their own pilfered property.

The British Museum, which lent one of the Elgin Marbles in its collection to St Petersburg’s State Hermitage Museum in 2014, told Reuters it had not received a formal request for any loans from Nigeria’s government.

“But we are open to consider any specific proposals when they are made and we remain in dialogue with the National Commission for Museums and Monuments,” it said in a statement.

The current king of Benin has already identified a site for a new museum to accommodate the collection, close to his palace.

“There is an ongoing dialogue between the palace of the Oba of Benin and some renowned museums in the world,” said Frank Irabor, secretary of the Benin Traditional Council.

Some also feature European adventurers and traders, distinguishable by their long hair, weapons and clothing.

“While belonging to well-established West African tradition of royal palace decoration, the Benin brass plaques represent a distinct and unique corpus of work, unparalleled elsewhere on the continent,” the British Museum says of the large number of objects in its possession.

Eric Ogbemudia, 62, an expert in metal sculpture, said the bronzes should be returned.

“We will be happy if those stolen artefacts are brought back to Benin. But they stole them. Those items are the works of our forefathers and they are very unique to us,” 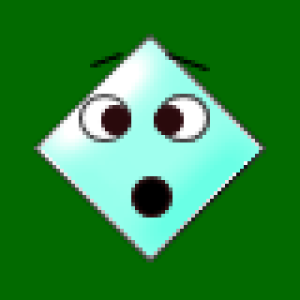