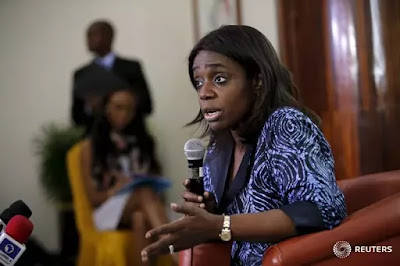 The federal government agencies whose workers are  earning superfluous salaries may have their wages reviewed.

According to New Telegraph ,this is in line with renewed push by the government to put a check on fleecing revenue especially by revenue generating agencies. The report also revealed that the evaluation and grading department officers of the National Salaries, Income and Wages Commission are currently on the field for the assignment.

A top officer in the commission was quoted as saying, “Our evaluation and grading officers are currently out there on the field for the purpose. “In the past, we extended invitation to some of these agencies, of recent was the Nigerian National Petroleum Corporation (NNPC), but it never responded. “The team out there is expected to return to the office this week and submit their report to the chairman, who will study it and make recommendations to the Federal government.

” When contacted, the public relations officer at the commission, Mr Williams B. Danbaki, confirmed the development but declined further explanation. A top officer with the ministry of finance also confirmed that representatives of the Wages Commission would be included in fund recovery committee announced by the minister of finance, Mrs Kemi Adeosun.

The officer who spoke under the condition of anonymity, said the federal government was not happy that some revenue generating agencies had been consuming 85 per cent of their revenue surplus as salary and overheads while they persistently declare operating losses in their statements of account. His words: “The minister has decided to integrate the representatives of National Salaries, Income and Wages Commission in the committee headed by the Accountant General of the Federation to probe and recover unremitted revenue surplus in custody of MDAs.

“Recall that the issue of bogus salaries by some agencies such as Securities and Exchange Commission (SEC), NDIC, NIMASA, NPA, CBN, and very numerous other agencies came up at certain time in the era of previous governments and income and wages commission was to come up with an acceptable salary scale for these agencies, but the work was abandoned. “The current reality and short-changing government of its enormous revenue by revenue generating agencies call for a revisit of salary template for agencies.”